There are lots of tools for modeling in various forms and it is sometimes hard for practitioners to see the best way to proceed.  It would be interesting to measure the percentage of scientist and engineer time spent staring at Microsoft Excel spreadsheets, writing formulas, plotting data and hoping for inspiration.  Or at the other end of the spectrum, writing low level computer code to implement mathematical analysis, repeating the same bugs and logic errors as everyone else who has tried.  In our busy industry, it is a mistake to think that this activity adds maximum value.  The effort required just to make such a model understandable to others is more than you can afford and many projects produce dead branch tools, perpetuating the problem.

Into this space, we project DynoChem, the industry standard tool for fast modeling of equipment (mixing, heat transfer), properties (especially common solvents and proprietary compounds), reactions, crystallization, distillation and downstream operations.  The speed of model creation from existing libraries is impressive and models can vary from the very simple to extremely complex.  Teams with industrial experience and PhD qualifications help to develop the tools, support customers and train users globally.  New user communities grow within industry, tackling downstream operations, product stability and product performance at the point of use.

In spite of being the market leader, we are only beginning.  There is much more impact to come, as users turn away from general purpose calculators towards tools that are fit for purpose.  Helping make that transition, we continue to make our tools simpler and at the same time more powerful, the latter being the main subject of today's post.

Among the toughest simulation problems is predicting the shape of a crystal size distribution (CSD).  Fortunately, many problems with CSD can be solved without predicting CSD shape; in fact the mainstream way to solve these problems remains trial and error, mixed with sometimes endless experimentation.  For nearly 15 years, we have helped crystallization users to be more rational and scientific about solving CSD problems by taking a systematic approach and substituting thinking for some of the experimentation.  Advances in computing technology have brought CSD prediction within the realm of the standard PC, as long as users do a few appropriate experiments to fit model parameters.  We added prediction of CSD shape to our online model library in 2012 and recently completed a further iteration to make this capability more powerful and easier to apply.

We are delighted that DynoChem has the most accurate tools for prediction of CSD shape in the industry, with models using both finite volume (fixed size classes) and the method of characteristics (moving size classes).  The latter method is extremely attractive as it contains no 'numerical diffusion', a problem that afflicts any PDE solver using the finite volume method.  No other process simulation software offers this method, as far as we are aware.  We also have the best solubility prediction tool and the fastest solubility regression (takes < 1 minute from data input to model completion, compared to other tools that require hours and specialized expertise).

Some example results for CSD are shown below.  Each graph was produced using our moving size classes model, which captures the distribution accurately with no numerical diffusion.  Contact our support and training team if you'd like to discuss this application with us. 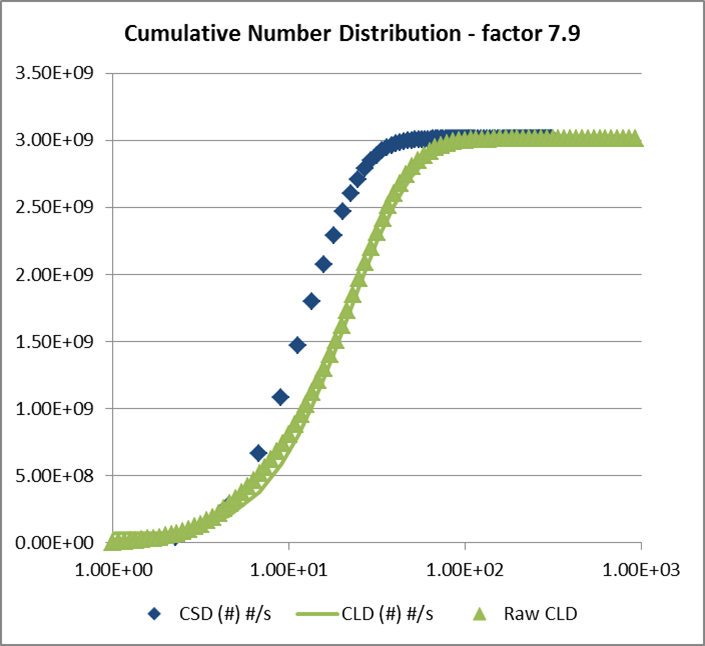 Figure 1: Our workflow produces excellent agreement between predicted and measured number distributions  for CLD in this example; navy points are the predicted CSD from the population balance model; green points are the measured CLD; the green curve (hardly visible under the green points) is the predicted CLD when the CSD is converted using our virtual CLD probe, knowing the crystal shape. 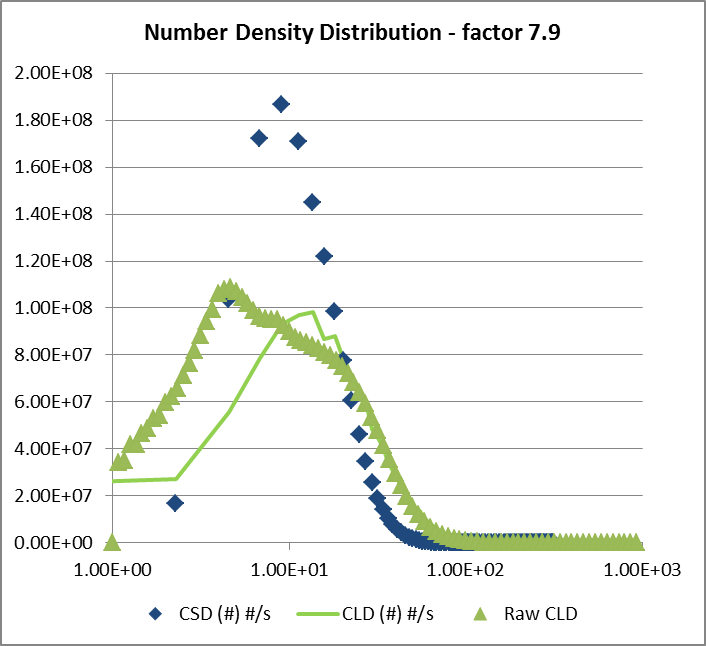 Figure 2: Crystal number density distribution, n(L), plotted versus size for the same example.  When particle shape (aspect ratio) is taken into account, our virtual CLD probe indicates the conversion factor between CLD and CSD, which allows the true CSD in the L dimension (navy points) to be fitted to CLD data (green points) sampling all dimensions.  The fit may then be checked using the virtual CLD probe (producing the green curve from the predicted CSD). 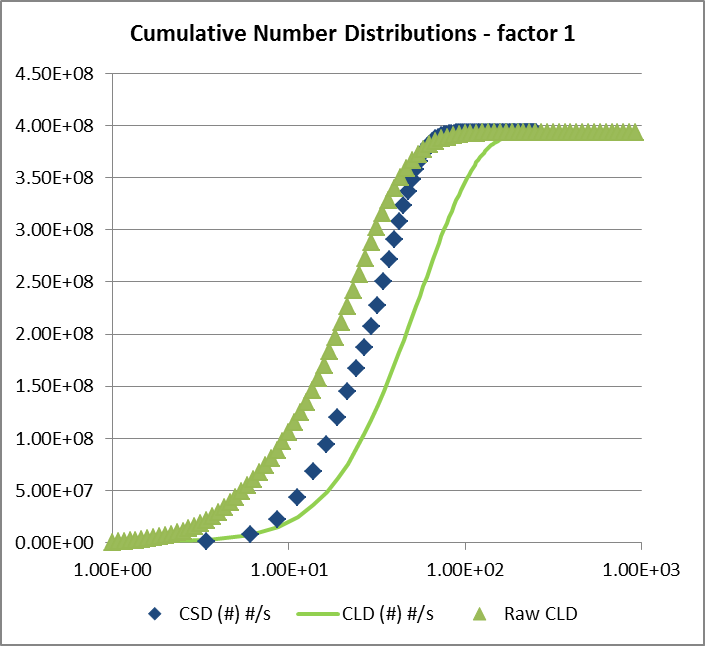 Figure 3: When measured CLD and true CSD are assumed to be equivalent (no correction for particle shape), the cumulative number distribution for CSD predicts a CLD that is too large in this case compared with the measured CLD. 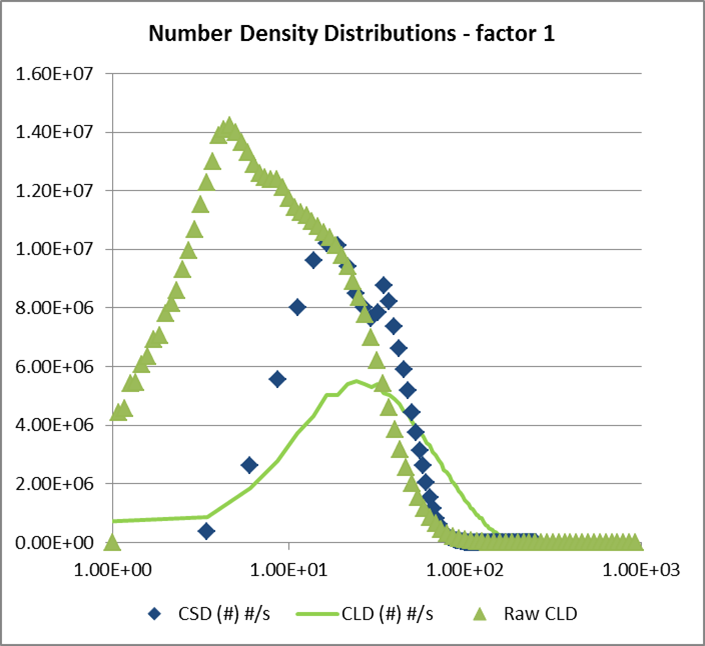 Figure 4: The impact of treating CLD as CSD is shown more clearly from the number density distribution, n(L) plot.  When predicted CSD is converted to a CLD by the virtual CLD probe, predicted and measured CLD (green curve and points) do not agree. In this example, the predicted CSD assuming this 1:1 equivalence and without accounting for particle shape contains a slightly bimodal distribution, due to differences in timing between peaks in primary and secondary nucleation.  This feature disappears (see Figure 2 above) when the correct CLD-CSD relationship is included in the model.